Will You Need to See an Obstetrician During Your Pregnancy?

An obstetrician is a specialist expert in pregnancy, labour and birth. They work in both the public and private medical sectors, though their roles may be slightly different across the two. How vital is the role of an obstetrician in pregnancy, and when will you need to make an appointment to see one?

What's the difference between an obstetrician and a midwife?

Obstetricians and midwives are both highly qualified medical professionals, but their credentials and roles are slightly different. Midwives are usually nurses, though some are specifically trained in midwifery alone, and provide all-around holistic care to both parent and baby through pregnancy, labour and the antenatal period. Obstetricians are doctors who have chosen to specialise in the field of obstetrics, and work mostly with high-risk pregnancies. It's also an obstetrician who will perform surgical interventions or procedures during gestation and labour.

Who needs to see an obstetrician during pregnancy?

If your pregnancy is considered to be of higher than usual risk, an obstetrician will be involved in your care throughout. Factors that can lead to a pregnancy being considered 'high-risk' include (though are not limited to):

Will an obstetrician be present during the birth?

If you need a caesarean section, either pre-planned or as an emergency procedure, it will be an obstetrician who performs it. An obstetrician will also intervene if there are any complications during birth, such as those caused by a breech presentation or a twisted umbilical cord. Otherwise, in most public hospitals, obstetricians aren't routinely present for all births, though they are always on-call and will be available if necessary.

Does the role of an obstetrician differ in the private sector?

If you've chosen to go with a private obstetrician, they're likely to take on more of the role performed by midwives in other healthcare settings. This means you'll see them for more of your antenatal and postnatal checks, and it may be your obstetrician who carries out your ultrasounds and other gestational check-ups. You'll still have access to a midwife as well, and midwives are more likely to carry out postnatal home visits.

For more information, reach out to a local obstetrician. 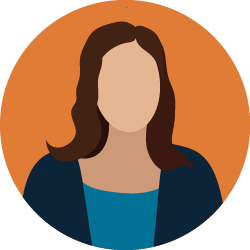 As a woman, you have to deal with many of the health challenges that men have to deal with. However, as you probably already know, there is specialized care that is needed by many women, too. It's important to focus on your health and get the care that you need. For example, you may need gynecological exams, mammograms, and more. At some point or another, you might get pregnant and might need care throughout your pregnancy. Here, we are focused on all of these topics and more, since we know just how important women's health and proper healthcare for women really are.

Will You Need to See an Obstetrician During Your Pregnancy? - 9 September 2022